After almost 50 years of translation work, the Barlig people in Mountain Province of the Philippines now have the whole Bible in their heart language – Finallig. While it may have felt like a long, uphill climb, this language community of about 6,000 speakers persevered to finish translating the Bible by themselves. And what they have done has not only blessed their own community, but also has set an example for a neighbouring language group waiting for God’s Word.

Translating the Bible IN Barlig 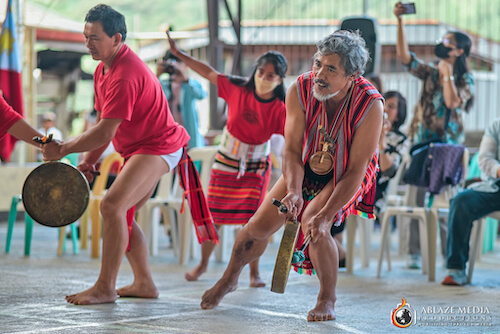 Due to the COVID-19 pandemic, the final stage of completing the Finallig Bible was full of challenges. Lockdowns throughout the Philippines made it difficult, if not impossible, for the team to get paper for printing, and to deliver cartons of printed Bibles to the Barlig area afterward.

Although delayed, the Bible celebration was held at last on 28 May, 2022.

The completion of the Finallig Bible took a village—the immeasurable effort and commitment of Bible translators from the U.S., Japan and Barlig, on top of enormous prayer, financial and other support from around the world. When friends and supporters abroad heard about the celebration plan, many decided to go and share the joy with the Barlig people on this special day. 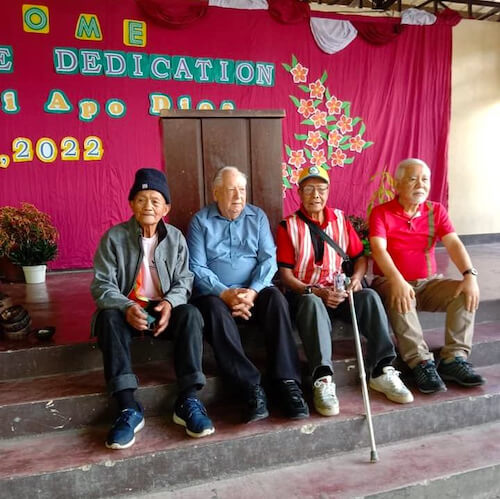 In 1982, Dave became director of SIL Philippines. Though feeling reluctant, they had to leave Barlig and the people they had grown to love. By the time they were ready to move, another young couple, Takashi and Aiko Fukuda (Japan) was assigned to Barlig to continue the work. At the time, the Fukudas were in Kadaclan, a neighbouring language area. They moved to Barlig in 1984. Another Wycliffe Japan translator, Kiyoko Torakawa, joined them that same year. In 1999, a Canadian couple, Rundall and Judi Maree, was assigned to be the project managers.

According to Takashi (known as Fukuda San), most of the work in Barlig was initiated by expat workers before 2000. Then in 2003, the Fialikia* Scripture Society (FSS), a local organisation, was formed to take up the Barlig translation project. It sprung from a common consent and an important decision in 2000— the Barlig translators will carry on the translation of the whole Bible to completion. Thus, three local translators were hired and trained to continue the translation alongside Kiyoko and other expat workers. When the Finallig New Testament was completed in 2004, FSS started the work of the Old Testament right away.

Fukuda San was glad to see how the Barlig people embraced their own project. He also believes all 2,000-plus remaining translation projects in the world will be largely carried out by MTTs.

“FSS is a good example of MTT work,” Fukuda San said. “They have a functioning board, mother tongue translators and community support. The board members are ordinary people like teachers in local schools, municipal office workers and farmers. The translators are also ordinary people, yet they have been carrying this heavy responsibility for more than 20 years and now the entire Bible in the Barlig language is done.”

While some people may believe that spending 50 years to complete a translation is too slow, Fukuda San understands differently.

“It seems God’s work is slow at times…. We just need to ask the Lord [for mercy] so that we can walk closer to him and align ourselves with him. It is his work, not ours. We are called to join him in his ministry.”

Translating the Bible THROUGH Barlig

The Barlig people have completed the mission of translating the whole Bible into their language. But their work is not finished.

Also living in the Eastern Bontoc area, the Kadaclan people speak a language closely related to Finallig. Yet, they do not fully understand Finallig and desire to access God’s Word in their own dialect. The Kadaclan church leaders asked FSS for help and they came up with a plan that the Kadaclan New Testament will be adapted from the Finallig translation. The Kadaclan project was started in 2019 with three local translators who use Finallig New Testament as the source language. Team members are excited as they are at the stage for consultant check currently and looking forward to a celebration ceremony in 2024.

Like the first translator Dave, Fukuda San also had to leave Barlig after serving there a few years. He moved back to Japan to become Wycliffe Japan’s director in 1987 and continued the translation work remotely until 1994. Even so, Barlig still holds a big piece of his heart. Fukuda San keeps going back as he leads short-term missions from Japan and continues to encourage prayers and other support to the project.

He prays that the FSS will continue to grow as it interacts meaningfully with other churches and organisations, and that it will help the Barlig and Kadaclan people to engage with the Scriptures in collaboration with local denominations, churches and mission organisations.