Recent years have seen a dramatic and steady increase in the number of Scripture translations available digitally via websites and smartphone apps. In October 2021 YouVersion reached a new milestone, with Scriptures now available in a total of 1,750 languages. Globally, digital Scriptures in a total of 2,125 languages became available on various sites and apps.

Scriptures are now available in an increasingly wide variety of forms, including print, audio and video. And the numbers of languages in which Scripture can be accessed through various formats continues to grow. In 2014, YouVersion celebrated the 1,000th version available on its platform, and the 2,000th in 2019. The 1,000th individual language was reached in 2016, the 1500th language in 2020, and as of 6 October 2021 they offer 2,571 versions in 1,750 languages. (See bible.com/en-GB/languages for the latest list.) 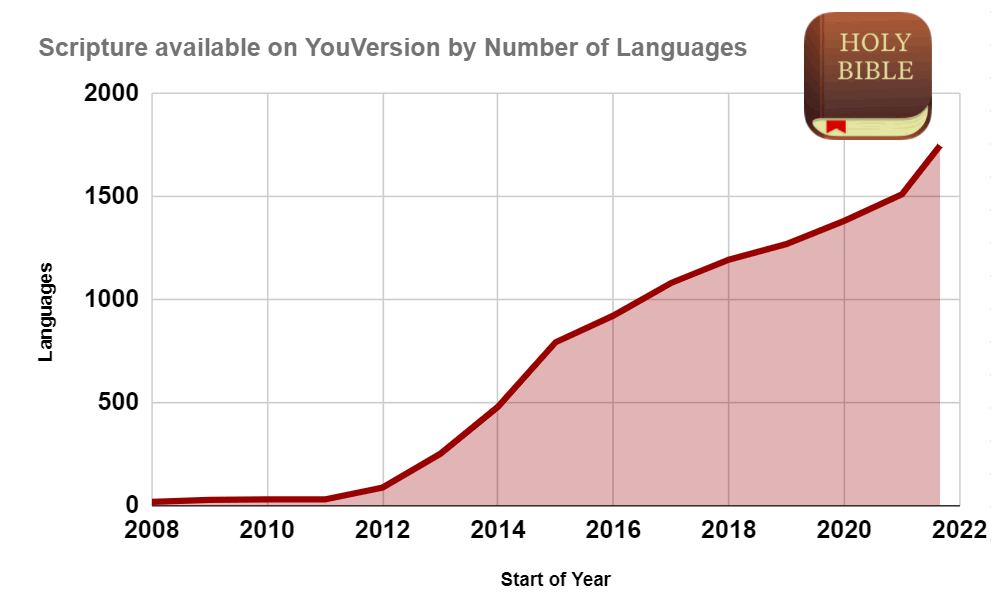 Faith Comes By Hearing has made similar progress, currently providing audio Scripture in over  1,550 languages. While their primary focus has been on audio recordings of Scriptures, in the last few years they have added videos, first in partnership with the JESUS film and now also with the Lumo partnership, through which they have committed to creating at least one Gospel film in every recorded language. All of these are made available via the Bible.is site and app. 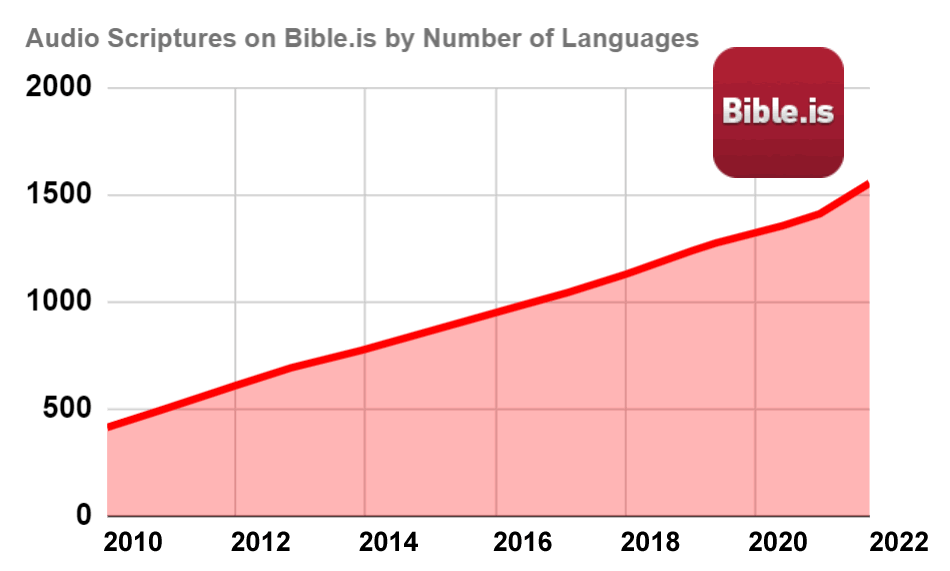 Other sources of online Scripture include sites supported by the American Bible Society and linked through global.bible and many other individual sites and apps. (The number for Android apps below is just the number we know about.)

And so, between the various sites and platforms we are quickly approaching over 2,100 languages in which Scripture will be available digitally. This rises even higher if we include JESUS films in languages which do not (yet) have any other Scripture online. 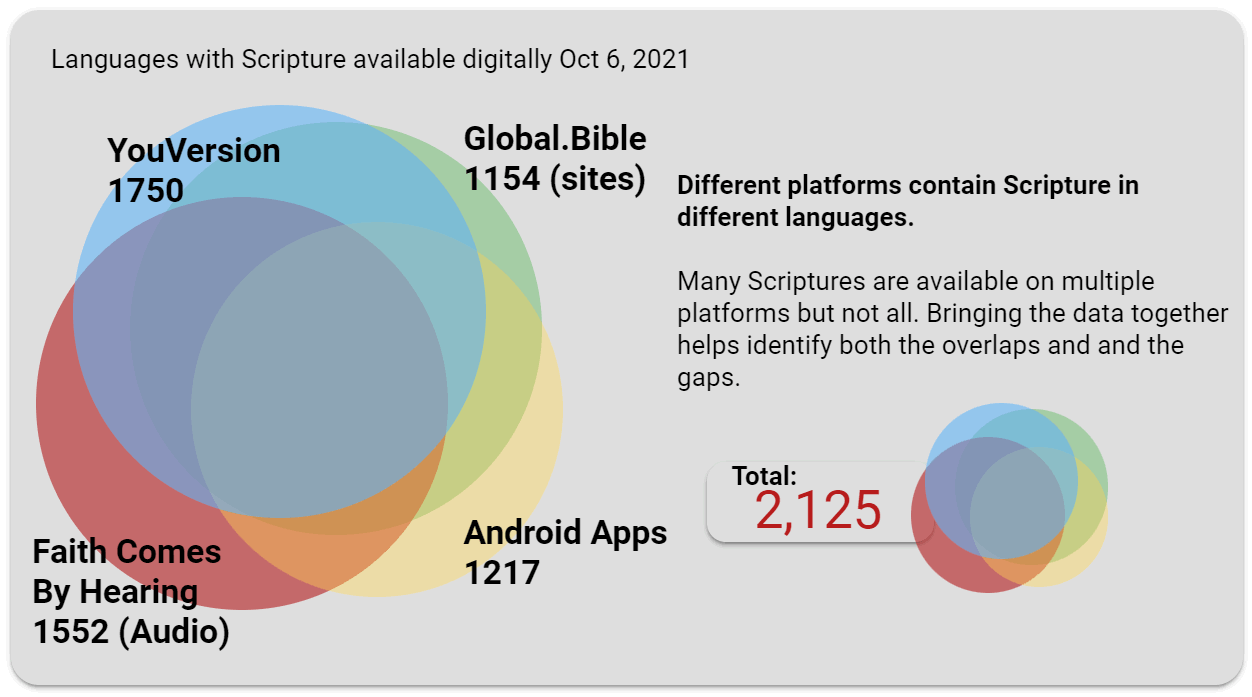 The Vision of the Wycliffe Global Alliance is to see “In­di­vid­u­als, com­mu­ni­ties and na­tions trans­formed through God’s love and Word ex­pressed in their lan­guages and cultures.” A completed translation is rightly a cause for celebration, not simply as a static publication, but because it opens the way for people to engage with God through his Word in their own language and to be transformed through that encounter.