As a tiny organisation in the face of an overwhelming refugee crisis, Wycliffe Slovakia is finding its role in networking with local churches and other organisations.

As of 13 March, Slovakia had received 204,000 Ukrainian refugees. For many, this is a first stop on the way further west in Europe. So the challenge for Slovakians is not only to meet the overwhelming needs, but also to keep the queue moving. 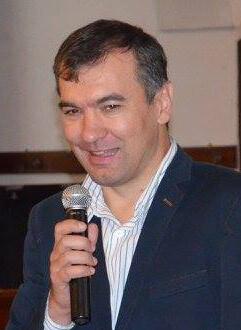 Jaroslav Tomašovský, director of Wycliffe Slovakia, said the first wave of refugees was mostly Ukrainians coming to stay with friends and relatives who live and work in Slovakia or other countries. Now, a second wave has begun—people with no connections and no idea where to go. In the two days before this article was published, the country received 28,000 new refugees.

“Our idea is to help them to go further because there are others who are coming,” Jaro said. “We don’t want to become a traffic jam.”

Many in this next wave had first fled their home regions and gone to Zakarpatska, the southwestern region of Ukraine that borders Slovakia and Hungary. As Russian attacks come nearer and food and supplies run low, many are reluctantly on the move again, along with residents of that region. This time they are crossing into Slovakia or Hungary.

“They don’t know where to go,” Jaro said. “They just lost their houses, everything. They are like Job. In one day, they lost everything.”

Most are taking trains to the farthest-west stations, then finding whatever transportation they can—cars, buses, walking—to reach the border. Once they have been processed and admitted into Slovakia, Slovaks are going there to meet them.

“We have people who are taking them by cars to churches to stay overnight and give them food and accommodation for a while,” Jaro said. “We now are working on a system for how to distribute help to these people.”

Part of the reason Slovaks are so willing to help, Jaro said, is that many still remember 1968, when Warsaw Pact armies crushed the “Prague Spring” in what was then Czechoslovakia. That action took just two days, sowing seeds of the dissolution of the Soviet empire two decades later. 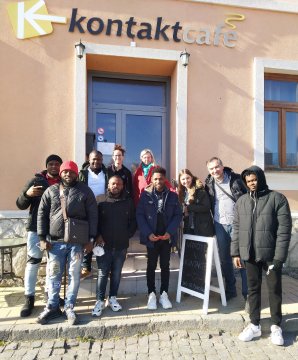 The first group of refugees helped by Wycliffe Slovakia members in Levice were Nigerian university students who fled from Kharkiv, Ukraine. They stayed overnight and then continued to Bratislava.

“There are still many people, like my parents, who remember that time,” Jaro said. “So we somehow can feel how the Ukrainian people feel. In our case, there was no war. It was so quick and so sudden that we didn’t have time to prepare or do anything about it. But we really have compassion with Ukrainians. This common experience, this common history somehow unites us.”

Jaro’s wife, Saska, serves as the Wycliffe Slovakia’s HR assistant. Based in Levice in the southwest, they are the only in-country staff; other members work in Bible translation projects around the world. But Jaro has numerous church connections in Slovakia that are proving valuable in networking relief efforts. He was a pastor for nine years, and from his university years he knows many other Slovak pastors from multiple denominations.

“We see our role (both for their organisation and for their country) mainly as being a channel or corridor for people who are coming in big stress, to help them calm down and have some time to think,” he said. “And then help them to go further and find places where they can stay a long time. Maybe to the Czech Republic or other countries that are further to the west.”

“My prayer is that all this pain would bring something really good to God’s Kingdom for God’s glory,” Jaro said. “That his children will unite more and work more closely.”

He mentioned these specific points for prayer: