Home Translating the Bible into Catalan and Spanish Sign Language

Translating the Bible into Catalan and Spanish Sign Language 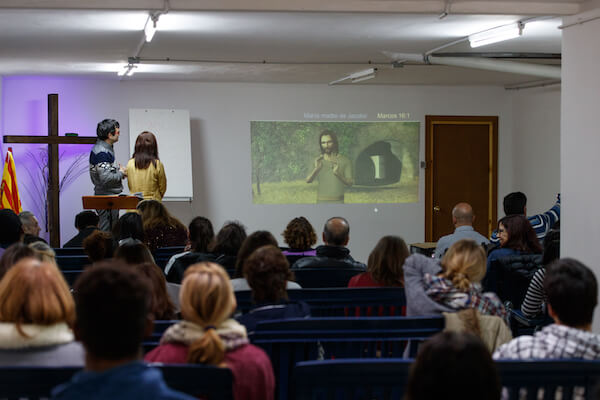 Members of the Deaf church in Barcelona that is part of the Micrisordos Cultural Association, watch a portion of Scripture that has been translated into Catalan Sign Language Bible Translation.

Translating the Bible into a sign language is a long, complex process. Until recently, it typically took the team at least a month to produce a 15-verse Bible story using a 3D animated avatar. With new motion-capture technology, the first draft of a 15-verse passage now takes less than a full day. 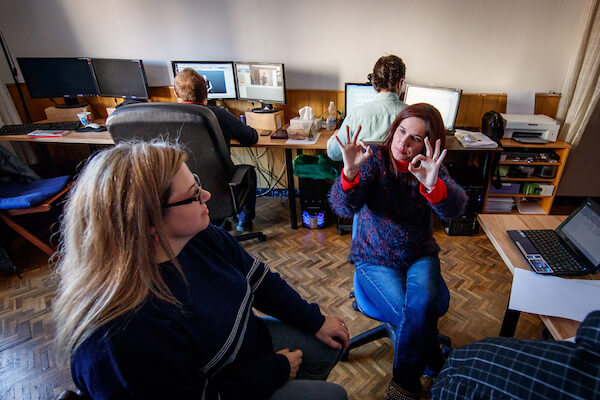 The process begins with Rut Roldán Cintas, a translator on the Catalan Sign Language (LSC) team, reading the Bible passage and explaining the meaning to her sister-in-law and fellow translator, Estrella Camacho Moreno. Then, Rut and Estrella work together to express a biblical passage in natural LSC.

“When we were translating Esther, I tried to put myself in the role of a princess talking to a king – but how do I sign that in such a way that reflects that level of register of talking with a king?” remembers Estrella. 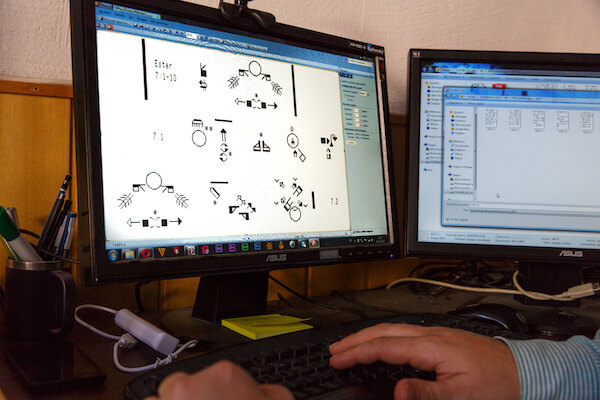 Once they reach a consensus, they compose a draft of the passage using SignWriting, a writing system which uses visual characters and symbols to represent hand shapes, motions and facial expressions. The draft is then passed on to Rut’s husband, Eloy Lobato Álvarez. He ensures Rut and Estrella have accurately interpreted the biblical text and makes corrections. Additionally, he considers if the Deaf will feel comfortable with the way things are expressed.

Steve Parkhurst, the project coordinator and linguistic consultant, receives the draft next. He approaches it from a linguistic point of view. He checks things like word choice, word order and sentence construction, making sure it flows well. Then, the Catholic and Evangelical groups review the draft, offering their opinions. 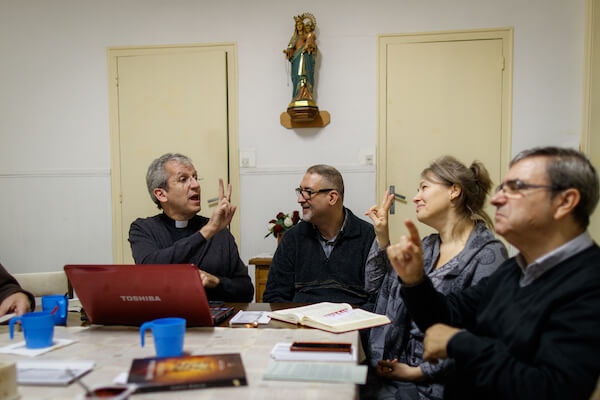 A group of Deaf Catholics led by Father Xavier Pagès at Santa Teresa de l’Infant Jesús parish discuss a Bible passage that is being translated into Catalan Sign Language.

After revisions, the drafts are sent to a translation consultant, who checks the accuracy of the translations compared to original Greek and Hebrew biblical texts. He also inspects it for bias, making sure the team hasn’t created an interpretation that is exclusively Evangelical or exclusively Catholic.

Next comes the production stage. First, Estrella is filmed signing straight from the draft written with SignWriting. Estrella reviews the video and suggests small adjustments. The rest of the team also weigh in, offering ideas for how to improve the signing. 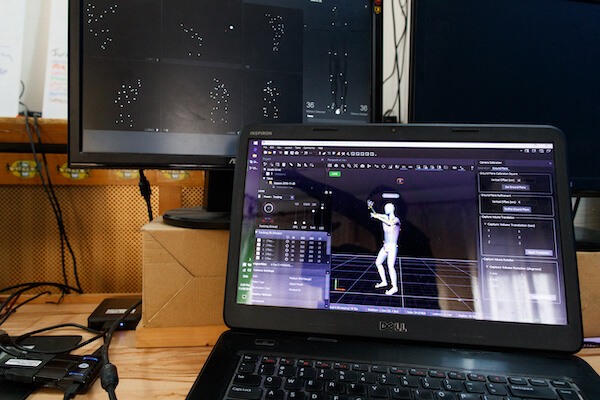 Motion capture technology has at least doubled the overall speed of production.

Once everyone agrees, the passage is memorized and filmed using motion capture technology. The movements of the head, arms and body are captured in an animated avatar with a software program. Carlos Roldán Cintas, the team’s animator, manually adds hand movements and facial expressions. After final revisions are made and the team is satisfied, the completed 3D animated video is uploaded to YouTube. 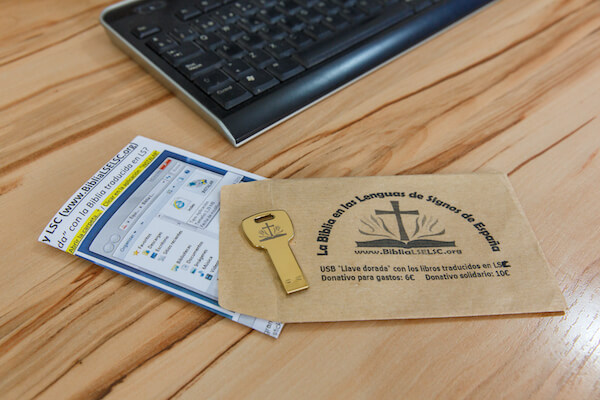 Spanish and Catalan Sign Language Scripture portions are being distributed online and on USB flash drives.

David Roldán Cintas, the team’s digital content distributor, then takes those YouTube files and connects them to the team’s website, phone app and to a website of sign language Bible resources called Deaf Bible. And for those that don’t have Internet access, David loads the files onto a USB flash drive.

Return to the article Signs of the Spirit to read more.