Even before a single verse has been translated, a Bible translation project for a tiny language group in Mozambique is impacting a whole region of this African nation.

With just 14,000 speakers, Phimbe is one of several languages spoken in the Maravia district of northwest Mozambique, bordered by the Zambezi River to the south and Zambia to the north. Another is Chinyanja, or Chicewa, which is spoken more widely across several regions and national borders.

Like other language groups at the border areas, the Phimbe people migrated to either Zambia or Malawi during the Mozambique Civil War (1977-92). During those years, in the Chicewa language, the Phimbe people first encountered the Bible.

“When war ended, they came back to their homeland with the gospel but in the foreign language and not in the language of their heart,” says Bonifacio (Boni) Paulo, head of Translation Services for Wycliffe South Africa.

Three decades later, Bible translation is finally about to begin among the Phimbe people. 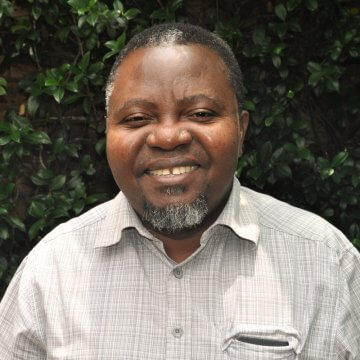 In May 2022, Boni and his wife, Busie, gathered with local pastors and church leaders for a meeting in the village of Maravia to discuss starting a translation project with the Phimbe people. It was the second such meeting, part of what translators call the Research and Readiness phase which can take two or three years, defining the need and identifying the “impact partner.”

Denominational churches in the area have typically worked independently and autonomously, so Boni was not sure what sort of response to expect. To his delight, 11 people from 10 denominations attended. Only two were Phimbe; the rest were from other language communities.

“So for these outside leaders and pastors to reach out the Phimbe community without the Scriptures in the language of their heart is very difficult,” Boni says. “That is how these outside pastors felt the need for translating the Bible into Phimbe.”

At the May meeting, the Phimbe speakers remarked that they never thought their language was important enough to have Scripture.

“They thought the Bible had to be in the languages of wider communication,” Boni says. “They even asked, how could the Bible be translated into non-written language?”

Oral Bible translation (OBT) is an increasingly common approach for remaining Bibleless languages. Because more than 90 percent of the Phimbe people cannot read or write, partners already have decided that the first three years of this project will be OBT. After that, they will determine whether to pursue a written translation as well, or continue with OBT.

“What encouraged us is that the church leaders and pastors have seen this as a need,” Boni says. “Moreover, we have sensed that they are taking ownership right from this stage of conversation and planning.”

Even though they helped organize the initial meetings, Wycliffe South Africa’s approach to new language projects is one of serving the local churches, not giving orders, Boni says.

“We are the guest and they are the host.”

After the meeting, a pastor came to Boni. “I have never seen this happen,” he said, referring to the gathering of so many pastors and church leaders from so many denominations.

“It was the feeling of the whole group,” Boni says, “that they had never come together to address a common goal like in that meeting. This is what they said: ‘This project is coming not only to translate the Bible into Phimbe, but also to unite us.’”

The next day, the same pastor phoned Boni to tell him the group was on its way to a nearby mountain to pray together—for the project, for their churches and for their lives.

That also had not happened before.

“I think when the Common Framework principles are taken seriously, this is what happens,” Boni says, referring to the set of principles shared by a number of Bible translation organisations. In particular, he mentioned the principles of partnership and accelerated impact.

“In partnership we first try to look for and engage with the church before we think of any other church expression,” he says. “By church I don’t mean a particular denomination, but the body of Christ. As we engage with the church, we don’t wait for the end product—the translated Bible—to start measuring the impact. Instead, we strategize in a way that even in the partnership meetings or language surveys we should see any kind of impact in individual or communities’ lives.

Local church partners will meet again late this year to decide the project’s timeframe, with a potential start in spring 2023.