The Bible translation movement needs no reminder that we are a key component of the Great Commission. Though our vocational focus is not directly on evangelism, opportunities are arising for Bible translation organisations to collaborate like never before with global evangelism networks.

“In Bible translation we often speak about Scripture engagement, because it is through interaction with Scripture and relationship with Christ that transformation takes place,” says Stephen Coertze, the Wycliffe Global Alliance executive director. “This transformation includes coming to faith in Christ and living in that faith. In this sense, we can speak about Bible translation as evangelism.”

In July 2021, the World Evangelical Alliance launched the Global Evangelism Network, “to put a renewed emphasis on its historical role in uniting evangelicals around proclaiming the Good News of Jesus Christ.” 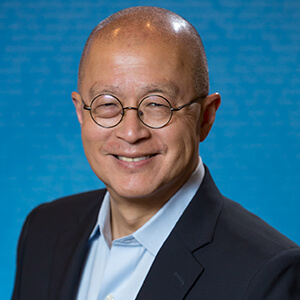 “It’s time to relook at how evangelism needs to be pushed and worked through in the church,” says Samuel E. Chiang, the new network’s executive director and a veteran of the orality and Bible translation movements. “There is also a thought that evangelism and the theology of evangelism is not robust. There need to be further conversations around it.”

In Ephesians, Paul mentions evangelism as a call of the church. That has multiple parts, Samuel says — but none more important than translating God’s Word into languages of the people being reached.

One word that keeps popping up in both global evangelism and Bible translation is polycentrism. Rather than a movement being centered in one organisation or network, things are happening in multiple places with multiple leaders in multiple ways. To illustrate, Samuel says, think of the term Silicon Valley. It originated as a technology hub in northern California, but now has come to mean any place where large numbers of tech companies locate. Bangalore is a Silicon Valley. So is Shenzhen, China. Austin, Texas, is becoming one. There will be many more.

“In the same sense,” Samuel says, “with evangelism and networks there are multitudes of locations where those places are having their own local network moving about. There are multiple networks we are looking at, not only connecting together, but from a world Evangelical Alliance point of view asking, how do we serve the church well in those locations?”

A network of networks

Worldwide evangelism networks overlap and it can be hard to keep track of who’s who. The GO Movement has become one rallying point. GO is a wide and varied network which includes the World Evangelical Alliance; evangelism networks in Africa, Asia and Latin America; and organisations like Cru, The JESUS Film Project, YWAM and more than 135 more, including a number of Wycliffe Global Alliance organisations. GO stands for Global Outreach, with the tagline of “Every Believer is a Witness”. The movement’s goal, announced in 2020, is ambitious:

“We want to reach every person on earth with the Gospel in the next 10 years. From the biggest metropolitan cities to the smallest unreached villages. Leaving no one who has not heard the Gospel.”

Steve Douglass, president emeritus of Cru (Campus Crusade for Christ International) has said this about the GO Movement:

“We don‘t know for sure where he is headed, but God is pointed to something bigger. It makes me believe that God is causing a crescendo in his movement on earth. Together with the millions that participated in GO 2020, we have the incredible privilege of being a part of the crescendo.”

Another such evangelism network is called Finishing the Task, with the goal of “a Bible, a believer and a body of Christ” accessible to everyone on earth by 2033. Rick Warren, founding pastor of Saddleback Church in Southern California, serves as the network’s executive director.

There are others: the Global Alliance for Church Multiplication, Billion Soul Harvest and Transform World, to name just a few. How then, to network the networks? Especially when people in different places carry different priorities and strategies? Facilitating local translation of Scripture and Scripture resources is central, Samuel says — churches using locally produced, indigenous materials and then letting their people share it among their own networks.

“The thing that has been kind of fun to watch is that some of the pastors are creating local content, where they are borrowing other local content and mixing it and making it,” he says. “At the very end of a church service, some of our friends are saying, would you let that video stay on the screen a little longer — another 10 or 15 seconds — with a QR code, so the people in your congregation could take out their cell phones and take a picture, and download the material, and then pass it to other people so that they could themselves reach others?”

“There are a lot of things going on,” he adds, “but the key thing is localizing and enabling people.”

With the world hoping to emerge soon from pandemic restrictions, the Global Evangelism Network anticipates more Christians moving from mindsets of isolation to incarnation and then to invitation, Samuel says.

“And so how does that trajectory work?” he asks rhetorically. “How do we think about messaging that and preparing people for it? There is plenty of pre-evangelism material that could prepare people for it, including material about healthy mental practices.”

Particularly in America and the West, Christians’ heavy use of social media can work against an evangelistic mindset because it fosters an “us-versus-them” dynamic. For example, unbeknownst to most Christians, 19 of the top 20 most-clicked Christian sites on Facebook in 2019 were produced by “troll farms” in Eastern Europe and Russia. Their aim was to create division and fear. Samuel calls it “an invisible hand attacking Christianity.”

“The social media algorithms reinforce that divide,” he says. “That’s a different trajectory that gets people’s attention — less on the matter of witness, but more on, ‘Which side do you stand on?’”

He acknowledges that people’s social media habits are difficult to break. “But with respect to evangelism and discipleship, I think that has to be continually intentional, thinking about ourselves as witnesses. We are much more capable than we let ourselves understand about ourselves. And so that witness piece has to stand out and be specifically lived out.”

For the next decade, the World Evangelical Alliance, along with the GO movement, are setting aside May as GO Month with a call for personal evangelism and the global church praying for it. Begins Sunday, May 1, with a global day of prayer for witness and sending.

“When congregations get together on that Sunday, they’re going to be praying for and sending forth the entire church,” Samuel says. “There are no differences whether you are a missionary or not a missionary. You are in a church, you are a witness, we (the church) are going to send you.”

The final Saturday in May is designated as GO Day, with a call for all believers to share the gospel with at least one person.

Wycliffe Global Alliance organisations and our partners are encouraged to take part in GO Month, and to collaborate with churches in their respective countries. More information and training materials can be found here.