The appointment comes at the end of a year-long process of selection and discernment that has been surrounded by prayer. Together, the Board bears testimony to having a clear sense of God’s leading throughout the process and a firm conviction that God has called Coertze to lead the Alliance at this time.

The Alliance Board stated: “The Board are delighted that Stephen Coertze will be serving as the next Executive Director of the Wycliffe Global Alliance. We trust that the whole of the Alliance will continue in prayer as we enter into this time of transition, especially for Stephen and his wife Lezelle, as they anticipate what is to come, but also for Kirk and his wife Christine who have served the Alliance faithfully since 2008.” 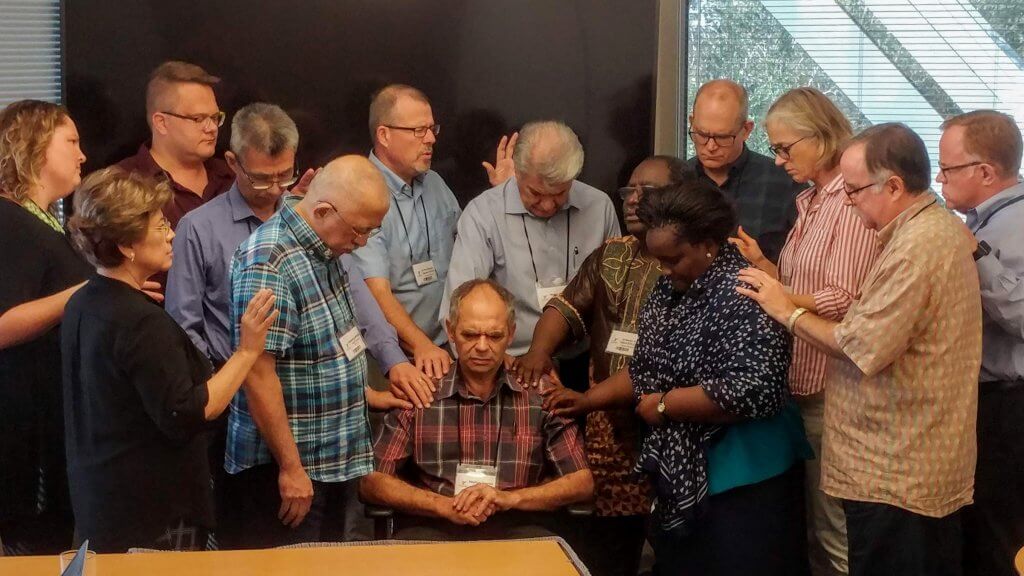 The Alliance Board prays for Dr Stephen Coertze upon his appointment as the next Executive Director of the Alliance.

Coertze served in the South African Police Services for five years before being called into church ministry. After undertaking theological training at the Teologiese Seminarium van die Afrikaanse Baptiste Kerke, he ministered at Kempton Park Baptiste Kerk for five years before responding to the call to missions. Coertze served with Wycliffe South Africa for 14 years, ten of which he served as Director.

A PhD (Science of Religion and Missiology) at the University of Pretoria, completed in 2007, drew him into the next phase of his calling – developing the Alliance’s missiological thinking and influencing the way the Alliance works today. In the last 12 years Coertze has led or presented at more than 40 seminars and consultations that have contributed to the Alliance’s understanding of God’s mission and our collective role in that mission. The Coertzes have two children and live near Johannesburg, South Africa.