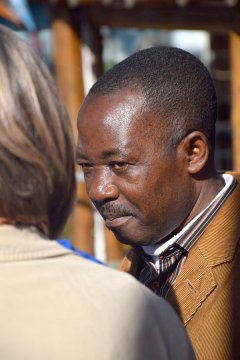 “This gentleman was very skilled,” Paul remembers, “and there was a lot in terms of catching things in the translation that he did better than me.”

There was one difference — Paul held a master’s degree, while his friend held a bachelor’s degree.

“I concede that a lot of what I did when I checked a New Testament came from my experience rather than the theory that I got in the classroom,” Paul says. “That tells you the place of experience for the consultant.”

The two men’s differing paths illustrate what has been a conundrum in the Bible translation movement: What do you do when people have a world of experience and credibility, but lack the academic credentials needed for appointment as a full consultant? And when a shortage of certified consultants is universally recognized as a bottleneck in Bible translation?

You rethink the rules.

SIL, which for decades has been providing accreditation services for translation consultants, is facilitating a multi-organisation initiative to move toward competency-based certification.

“I’ve worked in projects with people who had 10 or 15 years of experience in translation,” she says. “They could have helped others by checking Scriptures, because of their experience, but they weren’t able to meet certain specific requirements in the consultant growth plan.”

Several years ago, SIL and others began a new conversation. What if, for instance, that person with 15 years’ experience is nearing retirement but still could give eight or 10 years to the work? What sense would it make to spend five of those years in a study program? Could he or she instead gain certification based on a set of minimum requirements agreed upon by multiple organisations?

Over the past several years, competency sets have been developed for consultants in translation and other domains. “The central question you are asking is, can this person do the job?” says “Mark” (pseudonym), an SIL strategy advisor. “A translation consultant needs a good understanding of the Bible and biblical languages. That may come by doing an academic course, or it may come in other ways. But the question we ask is,  do they know enough biblical languages and biblical background to do good exegesis? (The program) looks at how far you are in the competencies, and suggests activities to move forward.”

The current challenge is to set up a system for multiple organisations to track progress toward certification. Bibi and her team have spent the past 11 months finding and configuring a software solution to house the competency-based system. Starting in May, a pilot program will trial the system using the new software. Six organisations will be involved: Seed Company, Pioneer Bible Translators, ALEM (Brazil), Faith Comes by Hearing, Wycliffe Global Alliance and SIL.

All involved expect that the new system will render the certification process more transparent and more uniform around the world. 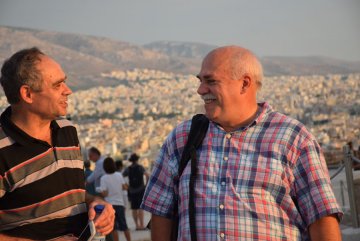 Bryan Harmelink, the Alliance’s Director for Collaboration, has been part of the multiagency discussion to address how consultancy can evolve—and, how it may need to be negotiated project by project. Along with cases where skilled translators lack the usual academic credentials for a consultant, Bryan is also aware of projects where members of the translation team have a higher education level than the consultant.

Another emerging reality in the global Bible translation movement is church-initiated translation. For example, a church in Madagascar wants to translate all 23 languages spoken in their large, multi-ethnic congregation. The first several programs have begun, with large translation teams volunteering in each of the languages. Some are university students. Some are trained translators.

“So in this situation,” Bryan says, “where the translation is being done at the church’s initiative, with their leadership and with a very different type of team, this is a situation that I would say calls for a negotiating of what consultancy looks like in that setting. There are multiple places like this across Africa and Asia.”

As the global church changes, every project brings a unique mix of people and circumstances. In many cases, consultancy looks less like one outside person and more like a team process.

“I think the burden of accuracy and the burden of the sources of the translation has been placed on the shoulders of one person, and that is not healthy,” Paul Kimbi says. “If you look at the competency list for skills for whatever qualifications in the growth plan for a consultant, it talks about a knowledge of linguistics, a knowledge in translation theory, biblical languages, skills in language technology, and so on and so forth. The list is just too long.”

That’s another benefit of a competency-based system: various people may specialise in particular areas, especially when academic credentials are no longer the primary consideration for appointment.

The pandemic has accelerated this movement, helping organisations realise that, with creative approaches, they can fill some of the gaps left when people from other parts of the world have not been able to travel to them. So, in many projects, appointments could occur locally rather than waiting on an outside, partnering organisation.

“What we really want is transparency,” Bibi says. “Let’s say a Wycliffe organization in Africa is in that system. They will follow the plan and at the end the person will be certified as a translation consultant. But the stamp will come from the partner organization, not from SIL.”

The multi-organisation planning group first proposed that an organisation’s governing body, not the president or director, should appoint consultants. But that was quickly rethought, because a board often operates separately from the day-to-day workings of an organisation.

“So there is a need to create a consultant development committee,” Paul says. The Alliance organisation in Cameroon, CABTAL, has done this.

“The process begins by defining a potential consultant, and qualities of people who should be potential consultants,” he says. “It should be somebody who has invested a few years in the Bible translation ministry as a volunteer or in some way, and has at least a high school degree. And they have drawn some other guidelines to help them.”

Once people are identified, the committee assigns to them a mentor who assesses their year-to-year progress and potential and reports back. Ultimately, a candidate may be recommended to the committee for appointment as a consultant.

Under this experimental process in the past several years, CABTAL’s number of consultants has grown from four to fifteen (in several domains, not just translation). Paul knows that not every Bible translation organisation in Africa has the resources of one like CABTAL or BTL (Kenya). But, what about a regional or continental approach? What if a smaller organisation writes a recommendation for a local consultant to be accredited by one of the larger organisations? BTL, for instance, now has accredited consultants who serve in other organisations.

“It’s fitting the need, and it is in process,” Paul says. “I think we are catching up with the void, the work that got stopped because of the bottlenecks in consultant development that happened in the past.

“Experience counts a lot,” he adds. “CABTAL says that if somebody has a B.A., and has at least eight years of translation experience, then that person can become a consultant.  Whereas elsewhere, it is a fixed role that requires an M.A. to qualify. We can talk of that as an old model. … There was an overemphasis on academic qualification.” 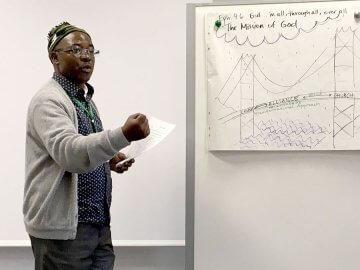 There also was the touchy issue of perceived ownership of translation projects.

“I am afraid to say this,” Paul says, “but there might have been some measure of control. Some people might have wanted to stay in control of things. That feeling is still there, even right now. Even in the minds of my fellow brothers here, the transition we have made, which is catching steam, is still difficult to come by. It’s also difficult maybe for Westerners who have been in control and who have followed the old paradigm of doing things to easily embrace these changes.”

“In the Alliance, our orientation toward Bible translation is a missional orientation. It’s God and his mission, God using the church. And whatever we do, we have to identify or allow the church to be part of what we are doing.”

Finally, Paul says, there are simple math and mortality. If a person earns a master’s or doctorate and then takes 10 years to develop as a translation consultant, he or she might already be 40 to 50 years old. The life expectancy in Cameroon and several of its neighboring countries is under 60.

“So in developing a pool of consultants, and sustaining them and keeping them, we hope to think about these variables.”

Related story: In an extended interview, Bryan Harmelink talks about changes in consultancy practice and mindset.