Gunshots in the Valley

Stories to encourage and strengthen – Wycliffe World Day of Prayer 2021

In 2002, two non-Kenyan staff joined Bible Translation and Literacy (BTL). As part of their orientation, they were required to visit one of the BTL field projects. Their arrival coincided with a pastors’ Scripture use workshop about to take place in Tot, Marakwet County. The Markweta language had only recently been put into written form. Pastors were being trained to read Markweta fluently so that they could encourage the use of Scriptures in their language. Mr Cyrus Murage, Language Programmes Manager of BTL, accompanied the two new staff on this trip. 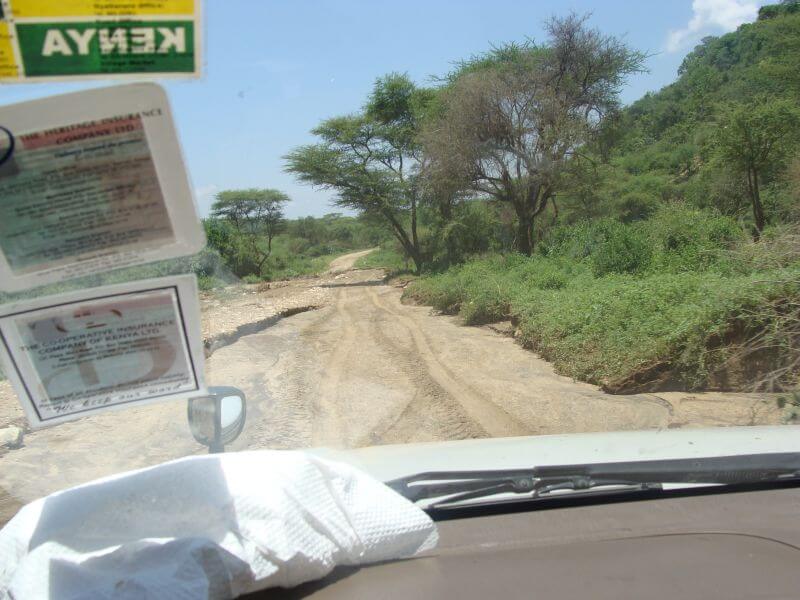 The road to Marakwet. Photo: BTL

They left Nairobi very early in the morning for Tot, at least a nine hour journey and at times longer because of the rough dirt road and difficult terrain. They made a stop-over in Eldoret for lunch. The Marakwet Translation Project Officer’s younger brother met them there and traveled with them to Tot. By 4:00 pm they were climbing  up a steep slope. An hour later they were close to their destination. At this point they noticed some young men with bows and arrows. One of them had a gun. Cyrus asked the young man traveling with them if there was any danger ahead.

“It is a normal way of life here. They have to protect their animals,” the young man replied.

The team proceeded on their journey, finally arriving at the training Centre in Tot shortly before dark. They found the pastors chatting in groups.

“When we arrived, Kipsang, the Marakwet Translation Project Officer, was glad to see us even though we had arrived late,” Cyrus said.

The pastors told the three men about an impending attack by a neighbouring community.

“We had expected you to arrive earlier,” the pastors said. “There is nobody in this valley apart from us. The neighbouring community sent word to the Marakwet people that they will be attacking the village tonight, so most of the Marakwet people have vacated the valley. We had hoped you would arrive early so that you could travel back to Eldoret or climb up the mountain with us. The staff members in this Centre left and we did not want to leave without establishing your safety.”

The pastors suggested that Cyrus drive back to Eldoret or climb to the mountain for safety. Neither option seemed safe.

“We could not drive back to Eldoret since the road was extremely bad and we could not imagine going through a second treacherous journey in the night,” Cyrus said. “The young men with bows and arrows were possibly still on the road. We could not climb the mountain either because it was already dark and there was a danger from the wild animals.”

Cyrus remembered that there was a police security force stationed nearby. He proposed to the Project Officer that they drive to the police camp instead and ask for protection.

When they arrived, the security personnel said, “What are you doing here? There is trouble. We cannot protect you. There are only two of us left here. Everyone else has gone.”

The officer told them, “Those people usually start with us so that they can prevent us from helping the community. Go back to the training Centre and do not show any sign of life.”

They left the security force camp and returned to the training centre.

“We could not call Nairobi; we did not have mobile phones then. We could not inform anyone about the danger that faced us” Cyrus said. “We walked back to the Centre and agreed to follow the officer’s instructions and, much more importantly, to pray.”

When they got to the Centre, they were shown where they would spend the night. Before they could sleep, Kipsang went out to look for something for them to eat. A short while later Kipsang returned with a bowl of fruit. Before he could hand the bowl to Cyrus, the deafening sound of a gunshot filled the air, ‘twaaaaaaaaaa’.

“The bowl flew out of my hands,” said Cyrus. ‘Close the door! Get under the bed, quickly!! Kipsang cried out as he disappeared into the darkness.”

“We started praying,” said one of the men. “I remember preparing my heart, repenting of all my sins. I did not know what kind of a death I was going to face”.

In the process of praying, fatigue from the long journey overwhelmed them and they all fell asleep. They awoke to someone shouting, “Wake up! Wake up!” They hid again under the beds thinking that the attackers had come.

“Wake up! Wake up! There is good news!” It was Kipsang. “A mediator came from the other community to inform the Marakwet people that the attackers were not going to come after all,” he said. “Apparently the attackers had slaughtered a cow and the old men had ‘read’ the intestines of the cow and realized that they could not win the war. They therefore did not come that night. Praise be to God!”

Kipsang also informed Cyrus and the two men that the gunshot they had heard the previous night was fired by the Marakwet people informing the other community that they were ready to fight.

“I believe that God hindered them from coming,” said Cyrus. “God saw us at the training Centre and would not allow us to be harmed. He spared the lives of the Marakwet people and those of his people at the Centre.”

After this scare the visitors expected the training meeting to be cancelled. However, the determined Markwet pastors chose to remain and continue with the seminar for five more days. Indeed, God does protect his people as they serve in his ministry.