With the pandemic shutting down most travel and in-person gatherings, a counted-on source of income for some Alliance organisations has virtually disappeared in 2020. 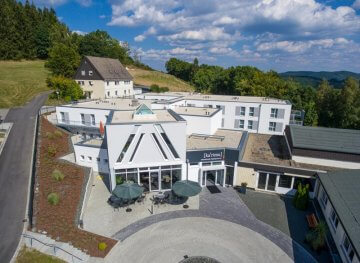 Wycliffe Germany’s Karimu International Conference Center opened in Burbach-Holzhausen in 2016, and by 2019 was serving more guests than expected. Then came March 2020, when most international travel was suspended. Karimu’s bookings for hotel rooms, meeting rooms and food service came to a dead stop.

“We had expected cancellations, but not being empty-empty,” said Rachel Poysti, Conference Center Director. “That was a really weird feeling, because we weren’t officially supposed to close. But you couldn’t run a guest house due to our restrictions. Basically we were not allowed to host tourists, no conferences, no church gatherings or retreats, just single visitors for funerals or workers for companies in the area. So it didn’t make sense to keep the conference center open.”

Karimu closed for almost three months, with the first guests returning at the end of June.

“And that was only like 10 people,” Rachel said. “There still is very little business. Right now, it is only Germans. The restrictions forbid most international guests from coming. We can take European guests from non-risk areas only, but most of our conferences here at Karimu are for more than just Europeans. Hardly anyone wants to travel or book flights when restrictions are so uncertain. No one knows when the borders will open again, so all of the bookings are canceled for now.

“Planning is really hard,” she added, “because you get the request for a group booking and then no one signs up and then they cancel it again. We try not to order food too much in advance now, because groups cancel. We don’t want to waste food.” 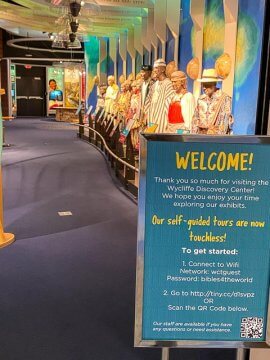 At Wycliffe Bible Translators USA in Orlando, Florida, Kristie Frieze serves as Vice President of Events & Guest Experiences. Her team manages the meeting room space in the sprawling center, along with food service, the Wycliffe Discovery Center Museum, a gift shop and a neighboring complex of 40 apartments. Everything closed in March and opened again in July, with extra safety measures and limitations.

Before COVID-19, the apartments were typically rented for a week or two at a time. Now, about 10 units have been converted for guests staying longer than five months, Kristie said. This especially serves Wycliffe USA members who have not yet been able to return to their field assignments.

“I figure we’re probably going to do that for the next year or so,” she said.

With foot traffic reduced for most of the year, Kristie’s team has had the chance to experiment with online experiences: Facebook video tours of the Discovery Center. A Virtual Vacation Bible School kit for families to use at home, instead of the usual 200 kids using the Wycliffe center.

“It was really a great learning thing for us to think about new ways of doing things digitally,” Kristie said. “Our program team is looking at doing programs on Zoom with classrooms, because schools, even if they are meeting again, are not likely going to come on a field trip.”

Outside groups from the immediate area also have been renting the Wycliffe USA auditorium or meeting rooms. Typically, a lot of those meetings would have been held in local restaurants. During the shutdown, Wycliffe became a good alternative.

“What’s nice for us right now is our facilities are big enough that a lot of our rooms can still be used with social distancing in place,” Kristie said.

In Germany, the country’s next steps will determine what Karimu can do.

“We are thinking in every direction,” Rachel said. “It’s really hard to plan, because no one knows when groups will actually want to book again. Churches for example. You don’t want to go on a retreat wearing masks and having to stay apart. So it’s also a matter of when people want to meet up again. And it’s really hard to plan that. So we plan best-case and worst-case scenarios for now. But it’s nothing definite.” 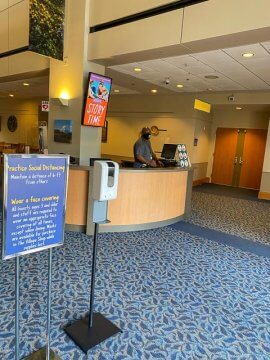 “It has been a really good lesson for us in plans A, B and C,” she said. “Sometimes it seems like a lot of work. We had a plan A to do some summer events, and then we turned it to a plan B, and then we canceled it. Those things are hard, but they are good lessons for us to go through as well. Because as we do, our plan B might be used in something else.

“It’s making us all more flexible and more creative. We are coming up with new ways to do things. How can we spend as little as possible to do this thing? Because I may have to cancel it. So I don’t want to put too much into things because I don’t know what’s going to happen.”

From a broader, organisational perspective, this year’s losses have been partially offset by huge reductions in travel. That does not lessen the sting of staff layoffs or program cancellations, but it does lessen the overall budget impact.

“So we are spending less as an organisation as a whole, and with my cuts I have made it a little manageable for us,” Kristie said. “We’ll see how it holds long-term here.” 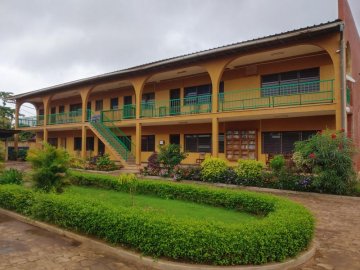 Several Alliance organisations supplement their income with revenue from guest houses. In a typical year, Wycliffe Togo’s guest house serves 500 to 600 people. During the pandemic, the only accommodations they provided were for foreign guests temporarily detained by border closures, said Communication Coordinator Jennifer Agboli. The guest house is not officially closed, but only a small team remains to provide minimum service. Other staff members have been laid off for at least five months, and operating costs have been cut to a minimum — including a cutoff of air conditioning. To support colleagues who are on layoff, a friend of Wycliffe Togo Director Abou Sama sent money for food and other support.

“Long before the crisis,” Jennifer said, “we understood that we had to pray that the hand of God covers in particular our organization and his mission in general. Hence, twice within every month for three days, we organize a fasting and prayer program within the organization. We have also learned the need to plan and pray ahead of every crisis as we depend on God.”

In the midst of the pandemic, Wycliffe Togo still has been able to focus outwardly — producing public health information in 16 of the country’s mother tongues.

“We also see God move us beyond our traditional way of operating when it comes to making money or creating income strategies to support the work of God,” Jennifer said. “We believe that during this period, God is leading us to create new ways to supplement the income of Wycliffe Togo in order to ease our financial tension.”

The year has been packed with spiritual lessons for people whose ministry work involves planning events and hospitality.

“I think for all of us, it’s been interesting to watch God show himself, reveal himself to us and sustain us because this is a very exhausting season,” Kristie said. “Are we going to open? Are we not going to open? What can we do? What is the county going to say next? I think just putting your trust in him and letting him sustain you has probably been my biggest lesson. 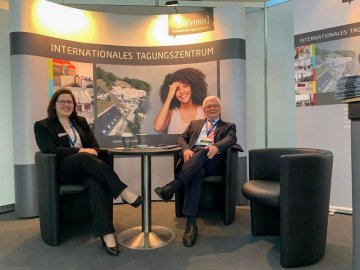 “And I am an event planner, so my life is about thinking a year out into the future. That has been really interesting, to just be present in this moment. To think about the future some, but to hold it much more loosely.”

Most of my workers are non-believers,” she said. “So for me that’s actually a chance to show how we go through a crisis like this. But it’s the first time for me as well. What I have noticed is that our team has gotten way closer. They all help out and want to make it work somehow. I really feel God is in control no matter what. I don’t know where it’s going, but I know that we’ll get through it. He is in control, and my team can also see that.”

Her prayer request? That travel and meetings resume amid vigilant efforts to keep people and facilities virus-free.

“If you have 10 or 15 Zoom meetings a week, it gets exhausting,” Rachel said. “I think people will appreciate talking to each other and that can be a really good chance for us to have bookings again. I hope that will happen again very soon.”