Home Finding a Path to Forgiveness

Finding a Path to Forgiveness 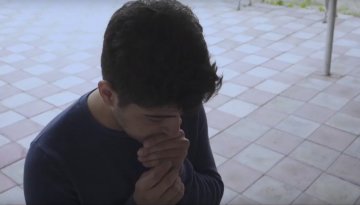 Fuad was serious about pursuing reconciliation with his father. But he could not see a path forward until he attended a Forgiveness Seminar hosted by a team of local peacemakers. He learned about the seminar through word of mouth, and felt compelled to come.

When he arrived, Fuad was warmly welcomed by a group of twenty others who also desired reconciliation in their lives—with family, friends and neighbors. So, he came back to the next seminar and learned about a five-step path to making peace. Then different group members shared testimonies about how they applied these steps and they were amazed by the results.

Fuad was moved by these stories. The steps to forgiveness were clear to understand and easy to remember. But he still knew that pursuing this path would be difficult.

“You can do this. Begin with the first step,” counseled Elvin, one of the group facilitators. After much encouragement from group leaders, Fuad resolved in his heart to reach out to his father.

The next week at the Forgiveness Seminar, Fuad came with a most remarkable story. He did just as he planned—he attempted the firststep of the forgiveness process. Much to his amazement, he learned that his father had long desired to have reconciliation too—but didn’t know what to do.

So when Fuad took the first step, his father took the next step. They now have restored peace between them. 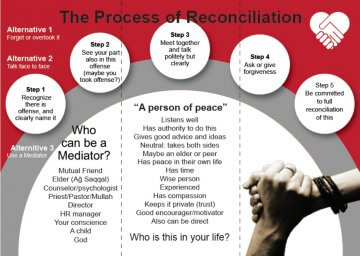 Later he confided with one of the group leaders that he was really interested in learning about Isa (Jesus). Now Fuad is meeting almost daily with a local pastor, who is reading through the

Scriptures with him, and teaching him the way of spiritual peace through Isa Mesih (Jesus Christ).

Forgiveness Seminars initially began as a follow-up opportunity for people who viewed Bagishla Meni (which means, ‘Forgive Me’), a short film produced with local talent. The film was first released on YouTube as a series of four videos, and later premiered at a public screening in the capital for the Novruz holiday in March, 2017. The film tells the story of a young man who faces conflicts in several relationships as he makes difficult choices about his future. After hitting rock-bottom in his life, he finds help from a trusted uncle who shares a story about forgiveness from the Injil (New Testament).

The film in combination with social media engagement have been a means of connecting people to Forgiveness Seminars. For the past year, over 300 people have come to learn how they can pursue peace and reconciliation through these participatory discussion groups. While the key leaders are followers of Isa Mesih, emerging leaders are rising up from seminar participants, which include people who identify as Muslims and agnostics. The principles of reconciliation and the idea of a mediator are Scripture-based, but the seminars are not presented as religious teaching. Rather, they are presented as practical steps that can be clearly understood, easily remembered, and realistically applied.  In this discussion-driven environment, non-believers, Muslims and followers of Isa Mesih are simply making friends with one another. A social movement is being born for the church to take a part in. May the peacemaker Immanuel bring them true peace!