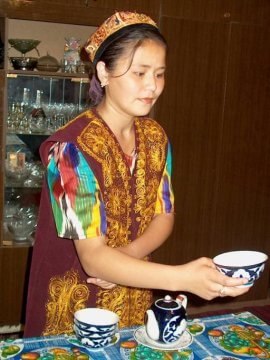 God works in many ways to reveal His love for people – through acts of kindness, a word timely spoken, and truth from the Bible. One Christian Uzbek woman could never have imagined what an unexpected visit from a neighbor in need would lead to. She’s given permission for us to share the following story, which happened in August and September 2018. Her friend’s name has been changed.

One day my neighbor Aziza knocked at my door. The moment I opened it, I could see that she was very upset. Her eyes were welling up with tears. Before I could even greet her, she blurted out, “I don’t know what to do!”

I invited her to come in and talk. This young woman and her family live next door in our apartment building. Before they moved in, prostitutes used to meet in that place. Aziza was finding it difficult to sleep. “I’m so tired,” she said. “At night my mind is full of bad thoughts and worries so that I can’t sleep. Unclean spirits are tormenting me – I’m terrified!”

“Unclean spirits fear only Jesus,” I explained to her. “Call to Jesus for help, and command the demons to leave in His name.”

To my surprise, Aziza didn’t ask any questions. Three days later she came over again, telling me that she had followed my advice. The demons had left and not returned! She now slept peacefully through the night. Clearly there was power in the name of Jesus.

But there were also other things troubling Aziza. She confided to me that she was heartbroken over her marriage. Her husband was being unfaithful to her and would come home in the wee hours of the morning. He ignored their adorable, three-year-old daughter and wouldn’t even give Aziza money to get medicine for the girl when she was sick. Aziza was willing to get a job and contribute to the family’s finances, but her husband wouldn’t let her do that. He wanted her to be submissive and fully dependent on him.

Finally I understood why Aziza was coming over so often to ask for help. I would give her food or buy some medicine for her. While Aziza shared her story with me, tears streamed down her beautiful face. I asked myself, “How in the world could a husband reject such a lovely wife?!”

Aziza went on sadly, “I told my mother-in-law about her son’s affairs. She said that he only lives once and should enjoy it!” That response devastated Aziza, and since then she had been crying all the time. “I can’t bear this anymore,” she said. “I’m going to divorce him!”

“You should at least try to save your marriage,” I suggested. “That way, if it does end, you’ll be able to tell yourself that you did everything you could.”

Aziza agreed to try, but what was the next step? I really wanted to give her my Uzbek Bible, but I was reluctant to part with it. I had only one copy and didn’t know how I could get another one. So instead I gave her my booklet The Proverbs of Solomon. I told her: “This is the Word of God. Read it and obey it.” (Most Uzbeks consider Solomon to be a prophet, and so have high regard for his writings.)

Four days later Aziza came over for another visit, but this time her face was beaming. “The Proverbs of Solomon did a miracle!” she exclaimed. “My husband and I went through the entire booklet together. Now he comes home at six in the evening after picking up our daughter from pre-school. And I’ve come to understand what kind of woman I should be. I realize how I wasn’t being a good wife to my husband.”

When I heard this I decided to give Aziza my precious copy of the Bible, because I was certain that she and her husband would read it.

For some time I didn’t see Aziza and I wondered how she was doing. Then I ran into her on the street, and she seemed like a different person. She told me that she was on her way home from work – yes, she was working! In fact, it was her husband who had found a good job for her.

Aziza has told all our neighbors how The Proverbs of Solomon transformed her husband, her own life, and their marriage. Everyone is eager to read the booklet and the Bible too, so they’re taking turns as they pass them around the neighborhood.

Truly, God transforms lives through the truth in the Scriptures! 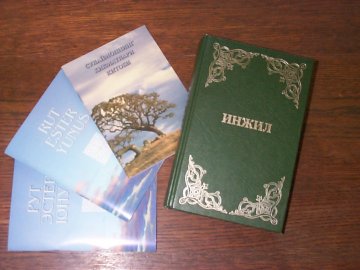 The Proverbs of Solomon in Uzbek was first released in 1998. Demand for the booklet was so great that it was reprinted four times over the next decade. The Institute for Bible Translation in Moscow published the full Bible in 2016 under the title Muqaddas Kitob (‘holy book’). In 2017 the Uzbek government permitted the importation of a limited number of copies, all of which were sold within weeks. Copies from a reprinting were received in November 2018, and the narrator of this story got a replacement for the Bible she had given away. Copies are available in Russia, Korea, and the USA as well. Digital editions are offered through the publisher’s website and smartphones apps.