For the first time, the story of the Wycliffe Global Alliance has been chronicled in a book that could serve missions everywhere as they navigate new realities of the global church. 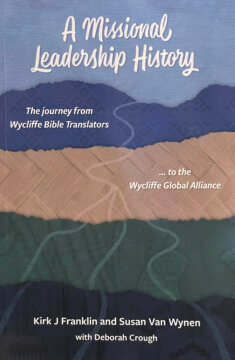 A Missional Leadership History: The Journey of Wycliffe Bible Translators to the Wycliffe Global Alliance (2022, Regnum Books International) was written by former Alliance Executive Director Kirk Franklin and Susan Van Wynen, consultant for strategy. It was edited by Deborah Crough. Far from being the story of one or two heroes, the book recounts a history shaped by many people in many places—people whose names and voices may not have even been chronicled but whose contributions were immense.

“I think that’s astonishing,” Kirk says, adding that the book’s title and subtitle were chosen carefully, and help set it apart from conventional organisational histories.

“The idea of a journey eliminates the idea of there being a sense of competition,” he says. “A lot of good tools have come from the business world, but also a lot of things that have done more harm than good. Seeing it as a journey makes it possible to see it from a perspective of learning and being led by God through the whole thing.”

The book is intended for organisational leaders and boards of governors within the Bible translation movement, of course. But it is also for any mission leaders and future leaders seeking a case study for organisations adjusting to paradigm shifts in the global church.

“There was a discernment process,” Susan says. “Patterns of listening, responding, learning and acting. When you look back, you can see a map. It points to God’s presence through all of it. God’s timing, people’s reluctance … and leaves it open to reader’s interpretation of what they can apply in their own context.”

For source material, the authors started with 10,000 digitized pages of Wycliffe board records from 1942 to 2020. They also reviewed notes from 30 missiological consultations, plus records from various national Bible translation organisations that are part of the Alliance.

“Board minutes may be considered boring, and we quote from them very minimally,” Kirk says, “but they helped us piece together the story. You know who’s in the room, but you don’t know who said what, because decisions are generally made unanimously. Nameless people – we don’t appreciate the sacrifices they made. Hundreds of people, all committed to making wise decisions toward Scripture reaching all languages that need it.”

“You put that all together and you have a reference piece that we trust will serve the Bible translation movement for a long, long time.” 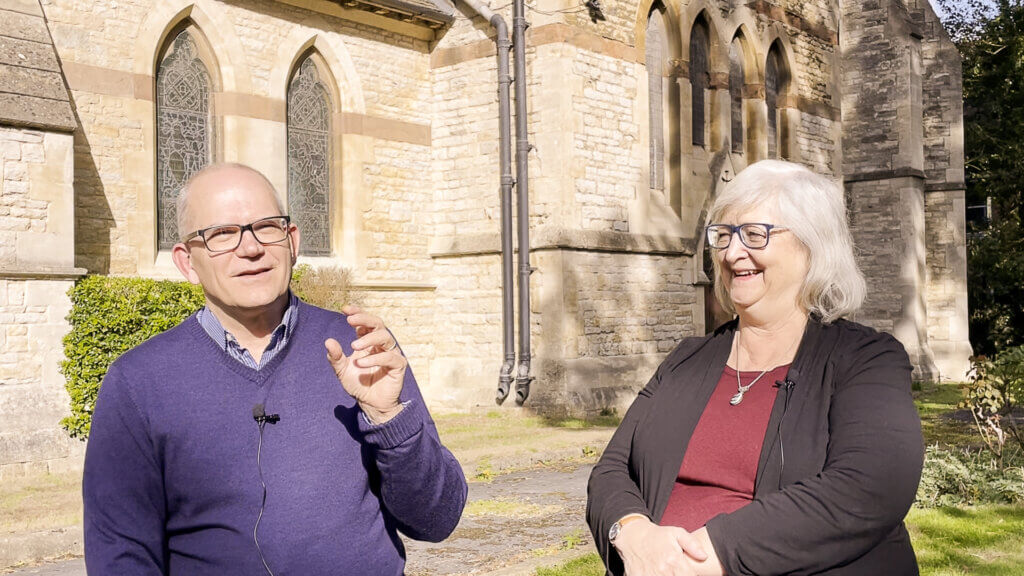 One chapter recounts the story of Vision 2025 and some of the misunderstanding around it.

“One of the key things that can get buried is that the intentions were so important,” Susan says. “People instantly moved to thinking about dates and goals — which is just human nature — but so much of it really was about heart intentions. … It was really about being willing to be different people and being willing to work differently and think differently—(and know) that it was in God’s hands.”

Kirk adds: “So much of the story around Vision 2025 was just the one sentence that was taken out of a much bigger context: ‘By 2025, Bible translation in every language that needed it.’ That’s so unfortunate, because it’s not actually the decision that was made. It was much, much more than that. It got reduced down to a sound bite.”

The chapter recounts much of the thinking and conversations behind Vision 2025, starting with its adoption in 1999 and moving toward it becoming an aspiration of the global church.

“Wycliffe International in 1999 was not what Wycliffe Global Alliance is in 2020,” Kirk says. “It was primarily Westerners who made the decision – in faith that eventually the worldwide church would adopt this and partner together. But they couldn’t see that in 1999 because it (the global church) wasn’t in the room.”

In fact, the book points to 1999 as a catalyst for significant changes in the Bible translation movement.

“Partner orgs used to sit in the back of the room and didn’t say a whole lot,” Kirk says. “They really challenged the status quo in a nice way, because we then had to grapple with – if we are really serious about the global church’s engagement, then we have to do something about these so-called partner organisations. They have to somehow be included.”

It led to a structural change in what is now the Alliance, with Western voices ceding control to a truly global, polycentric movement.

“Mapping that all out … is a very, very powerful change story,” Kirk says. “Many international mission agencies would give their right arm for that to happen in their movements. Why did it happen with Wycliffe? And the story is there in the book. The conversations. The leading of God. The grappling with the future. Wrestling with, what do we really make of this need to see our vision fulfilled before God, and yet our structure is stopping us?

“I think that showed so much courage for all the leaders of the day. And to have that documented so we don’t forget it, because it was such a pivotal moment, is very striking.”