Much of the work of the Wycliffe Global Alliance centres on creating the networks and an environment for Alliance organisations to work as part of a global movement.

Up until now, for example, this has involved holding consultations to develop our shared thinking in aspects of mission; training new leaders and board members; and providing advice, support and guidance to those working in challenging and difficult situations. In the more recent past, despite the restrictions on international travel, we’ve pushed forward with new ways of training and developing Bible translation consultants, grown partnerships with organisations new to the Bible translation movement and continued to provide virtual spaces for training, conversation and building relationships.

To operate globally as an Alliance requires funding. But, as part of our commitment to organisations, we have never sought to raise funds directly from churches and individuals. Instead, the funding needed to run the Global Alliance has come directly from Alliance organisations. This has worked the same way since the days of Wycliffe International, but since June 2020 we have begun making some significant changes. These changes stem from our values and our desire to be a movement of organisations, led by God, that work collaboratively and for the good of each other.

In this article, Hannu Summanen, the Chief Financial Officer for the Wycliffe Global Alliance, explains what these changes mean and why they are taking place.

Can you talk a little about how the Wycliffe Global Alliance funding model has changed, and how this affects Alliance organisations? 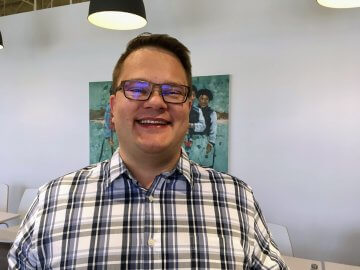 Previously, the funding model for the Wycliffe Global Alliance was based on two major income streams. One was the contribution of 0.35 percent of each Alliance organisation’s total income from the previous year. The other was the assessment income that we received. Assessment income did not come from all Alliance organisations. It was usually the older ones, which had Wycliffe in their name and had been part of Wycliffe International before it became the Alliance. Assessment funds went both to SIL and to the Alliance, depending on the project.

That was the major income stream that we had, but it changed last year. Our international money transfer system had built-in functionality. When money was transferred around, the system knew how to take assessments and assign them to the right organisations. It was automatic, but it was also kind of complicated. Some Alliance organisations didn’t have a clear picture of where the money went and how much they were paying either to SIL or to the Alliance.

That changed in May 2021 (during the previous fiscal year) when the old system went away. Now there is a new system in place and it does not do the assessment calculations or distribution. So, all Alliance organisations now need to do those calculations themselves, and then send the money wherever it needs to go. This has surprised some of our organisations.

How is this impacting the Alliance’s funding that came from assessments?

Assessment income has dropped significantly because we no longer have any agreements with Alliance organisations that they need to pay any assessment to us. SIL has rules for how assessments go to them. We have decided we are not going to set those kinds of rules anymore. Some of our organisations still do pay an assessment to the Alliance, for historical reasons. They have said, “As long as we still do this for SIL we will also continue to do it for the Alliance.”

Why did the Alliance do this? Knowingly forfeit half of its revenue?

It was not working for the whole of the Alliance because we had so many organisations that didn’t have a clue what the assessment was and how it worked. It may have been the way that the Alliance has always functioned, but it was an old way of doing things. Many of the newer Alliance organisations don’t have that kind of a system and they were asking:  “OK, we already sent a fee based on the income. Now we are expected to send something else, too?”

So we thought, we needed to figure out something else that was going to be more equal to all. We don’t want to have the kind of thinking that just some of the organisations fund the Alliance. We want all organisations to be able to contribute to the Global Alliance and to open other kinds of funding opportunities to Alliance organisations.

Now that one income stream has largely ended, how will Wycliffe Global Alliance operations be funded in the future? 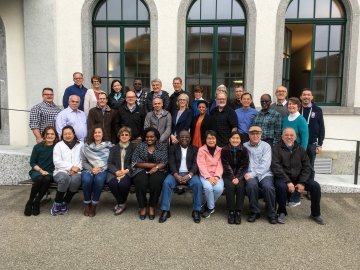 The Alliance board and leadership team met together in Mannendorf, Switzerland, April 2019.

The Alliance Board has decided that we need to start pursuing project funding. (That is short-term funding for a specific priority or initiative rather than an open-ended commitment.)

So we are aiming to have project funding cover a lot of the funding that previously came through assessments. But for that, we need to make changes to the Alliance management structures. Many of our structures (the ways in which we work) are still based on the history when SIL and the Alliance were very close. There was a time when our systems and structures were almost mirror images. Now we are trying to change our structure to fit better to the current and especially future way of working. We have tried to think with a clean slate rather than just trying to tweak something.

So, no funds paid to the Alliance end up with SIL now?

Yes, they are separate. There is a historical relationship, of course, and a lot of things still happen with SIL. But the financial contributions that Alliance organisations make to the Alliance and to SIL are totally separate. If any funds need to be moved between the two entities, there would always be a valid business reason. 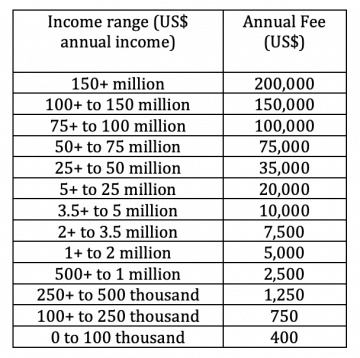 Could you say a little more about the tier system for the annual fee?

This changed with the new Covenant/Statement of Commitment in 2020. Instead of 0.35 percent of an organisation’s total income being paid to the Global Alliance, Alliance organisations now pay an annual fee on a tier-based structure, from $400 to $200,000 (see chart). It is not too often that organizations change from one tier to the other. So now they can better predict the amount they need to pay.

We wanted to make it simpler. That’s why there is also that gap at the high end. Big organizations who might join us now no longer have to pay a percentage of everything they do. There is a certain level where they know this is the maximum that they will pay.

So this also means less money from some of the larger, western organisations?

We knew it was going to happen in that way. We intentionally went that way because we wanted to also reduce our dependence on one or a handful of major funding organisations.

That seems like quite a faith-filled move, then. It changes everything about the Alliance and its predictability in funding.

It is a leap of faith, although we know there are some organisations, bigger organisations, who have done project funding for a long time. So they know how it works. I’ve been working with them previously on projects that the Global Alliance has been maintaining or working on together with them. But now we are placing many of the Alliance functions, the operational functions, into the project type of thinking.

Can you give examples of some of the things that might now be considered project funding? 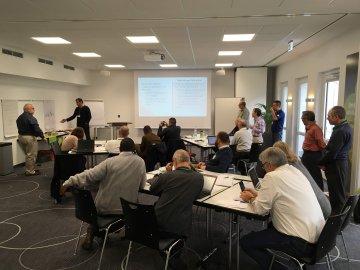 From the Alliance consultation on ecclesiology, Holtzhausen, Germany, November 2017.

Consultations, discussions on common themes within participation streams, capacity building, leadership development, to name just a few. It depends on the Alliance organisations. What is their own strategy for how they want to be part of the Bible translation movement and what do they want to fund as a project? We have to work with many of the Alliance organisations to find what they are aiming at and what kinds of projects they want to have. For example, communications might be something that some organisations are willing to fund because they know they also benefit.

For many of the things that the Alliance does as operational functions, we need to figure out how to projectise those. We don’t yet know exactly how that’s going to look.

To clarify: When you talk about fundraising, you do not mean independently approaching the audiences of Alliance organisations. Correct?

Right. We have said in the Covenant that the Alliance doesn’t do fundraising in countries where there is an Alliance organisation. So if we do any kind of fundraising in those countries, we need to have a consensus with those organisations who are there. We don’t want to approach the same audience that they do with their own fundraising efforts.

One other point of clarification: When you talk about a new funding model, you are not changing the annual fee again, right?

No, that part will stay. It’s part of the Covenant that organisations signed with the Alliance. But now we need to find the other part of the funding.

What still needs to happen?

We know we need to make changes within the Alliance management structure, to simplify many things so we can fit better into the project funding model. We hope to have the new model in place by September or October 2022, the start of the next fiscal year.

So that’s not a long time for such a big task. Next week, some of the Wycliffe Global Alliance leadership team will meet, after which we will know a little bit more about the kinds of structures we need to put in place and what kind of funding is needed for those.

And then we will build a team that is going to go forward with the thinking on that. We want to work with all Alliance organisations, not just the big ones that we know do project funding.