One hundred years ago, in October 1917, Cameron Townsend, a college student from California, stepped off a steamship onto the streets of San José, Guatemala. Townsend had accepted a friend’s challenge to take a year off from college to do missionary service. He volunteered as a traveling salesman, selling Spanish Bibles in the interior of Guatemala, and sharing the gospel with people he met along the way. Townsend had planned to return to the US at the end of his commitment, to finish his education and become a pastor. However, God was calling him to a work that would have a much greater Kingdom impact. For it was in Guatemala that Townsend met Francisco Díaz, a committed Cakchiquel Christian who became the catalyst to ignite an innovative new movement in missions that would eventually spread around the globe: the translation of God’s Word into peoples’ heart languages. 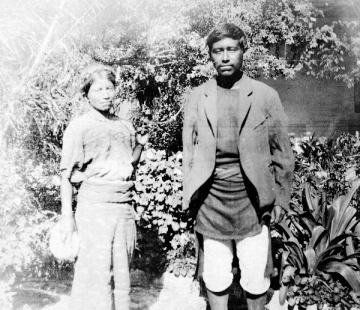 Francisco Díaz, who served alongside Cameron Townsend selling Spanish Bibles, quickly became a close friend and mentor to the passionate young worker from the North. Together they spent hours walking the trails from town to town, farm to farm, selling Bibles and sharing God’s good news – and seeing lives changed. Díaz translated for Cakchiquel people they met along the way, and Townsend was impressed with his ability to communicate biblical truths to other Cakchiquels. Through his relationship with this quiet Christian man, Townsend soon became aware of a large gap in the missions efforts in the beautiful country of Guatemala: Sixty percent of Guatemalans were indigenous, yet mission efforts were focused solely on reaching the Spanish-speaking population, the Ladinos. Townsend became convinced that reaching the Cakchiquel people required speaking their language. He also soon realized that for them to truly understand the Scriptures, they would need to have God’s Word in Cakchiquel, so that they could read it for themselves. 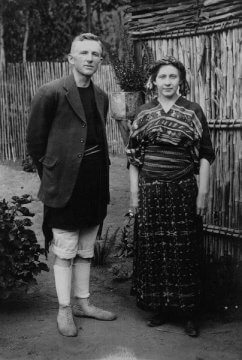 A partnership was born. Díaz, with Townsend’s help, set out to start a Cakchiquel-language school, and Townsend, by then newly married, began with his wife to learn the Cakchiquel language in earnest. Soon they began work together with Díaz to translate the Bible into Cakchiquel. It was not easy, especially when obstacles were thrown in their way. Townsend’s mission organization was not ready to adopt this new way of working. Then, tragically, Díaz contracted malaria and died, leaving Townsend without a translation partner. But Francisco Díaz’s historic legacy had been firmly established by God: the birth of a Bible translation ministry that would eventually reach around the world.

Today – a hundred years after Townsend set foot on Guatemalan soil and learned from Díaz that not all people had access to hearing about God in their own languge – about 100 organizations around the world that make up the Wycliffe Global Alliance are involved in Scripture translation, or in support of the Bible translation movement. The seed of this vision began with the relationship between these two men, who came from two different cultures, and spoke two different languages, but whose hearts and footsteps met in one mission – that the message of the gospel, and the truths of God’s written revelation, become available to people in the language that they understand best. 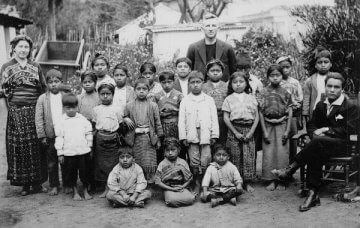 The Townsends with Cakchiquel school children

Please celebrate with us the 100th anniversary of a young 21-year-old cross-cultural worker following the footsteps of God as he entered Guatemala. And for the 35-year-old Cakchiquel man who walked the trails alongside him, and taught him so much, as they shared the gospel and Bibles in villages throughout Guatemala and in neighboring countries. Praise God for all that he has done to build a network of people and organizations around the world to accomplish the translation of his Word into thousands of languages. Pray for the steps taken each day by people in about 100 Bible translation organizations worldwide that make up the Wycliffe Global Alliance. They are committed to coming alongside language communities that are translating God’s Word into the languages that speak to their hearts.

There is much work left to be done. What steps will you take to be part of God’s mission to reach all peoples who need to learn of God’s love through his Word?

Read more about the history of the Bible translation movement and the Wycliffe Global Alliance: Beginning of a Movement